Applications of Snapchat for Business

Some people are purveyors of new technology and adopt new innovations effortlessly, and some aren’t quite as quick to pick up the next new thing and run with it. For many, social platforms such as Snapchat can be a particularly daunting prospect, but that doesn’t mean we should turn heel and run. According to data from Bloomberg, over 150 million users are active on the platform every day, with over 10 million of those in the UK, beating even Twitter’s mammoth numbers, and it continues to snowball. Over 10 billion videos per day are viewed on Snapchat, a 2 billion increase from February of this year. As value goes, the sheer volume of potential impressions makes Snapchat one of the most viable advertising platforms around. But just how does one use one of the most intimidating social media platforms to help your business, brand or product, reach higher, further, faster, more?

Snapchat was developed in 2011 by Stanford University students Evan Spiegel, Reggie Brown and Bobby Murphy as a means to send picture messages to others without the evidence coming back to haunt them. Originally called ‘Pictaboo’ the app was developed continuously throughout the Summer of 2011 and released later that year, reaching a humble 127 users by the end of August. After a dispute with Brown over equity splits and the order in which each member’s name appeared on the Technology patents, Spiegel & Murphy decided to part ways with the young CMO, locking him out of all emails and back-end systems. Shortly after their departure, Pictaboo’s name was changed to Snapchat and the word began to spread like internet wildfire, resulting in a growth to 100,000 users by April the following year. After a $4.25 million company valuation and a $485,000 investment from Lightspeed Venture Partners, Spiegel walked out of class weeks away from graduation after receiving a notification that the money had arrived in his account. After several years, a nasty lawsuit with Reggie Brown, numerous billion dollar buyout offers from both Facebook and Google, and a range of technological developments, including filters, stories, memories and more, Snapchat has firmly claimed its spot amongst the longstanding social media giants, and continues to grow.

The ins and outs of Snapchat are fairly simple on the face of it all. Send photos, videos or messages to friends directly, or publish content via your Snapchat story to all users that follow your feed. But here’s the fundamental difference: Snapchat photos and videos are limited to a maximum of 10 seconds. You can choose to replay snaps that are sent to you, but only once, which also notifies the sender if their message has been replayed or screenshotted, and once it’s gone, it’s gone. Users can publish content to their Snapchat story, in a similar vein to their Facebook or Twitter timeline, but that content is only visible for 24 hours until it disappears into the ether. As of July 2016, if a user is particularly pleased with their content, they can choose to save it to their Memories folder, which is only visible privately, but also gives them the power to post that content to other social media platforms too. Snapchat’s complexity can be quite intimidating, particularly when stacked up against Facebook & Twitter, but it’s also part of its charm, and there are plenty of ways for you to use the platform to help your business flourish.

The importance of your target market cannot be understated, but if you’re trying to specifically target anybody aged between 18 & 24, there simply is no better way. Statistics show that millennials make up 70% of Snapchat’s user base, although that figure is ever-changing, with the demographics stretching into the 35+ market, meaning it’s not just for kids anymore. It’s clear to see that with users spending between 25-30 minutes on the platform per day advertisers have jumped at the chance of getting in front of audiences that fall perfectly into their target markets. With numerous advertising options now available on the platform, Snapchat may well be one of the most significant and responsive ad spaces around. 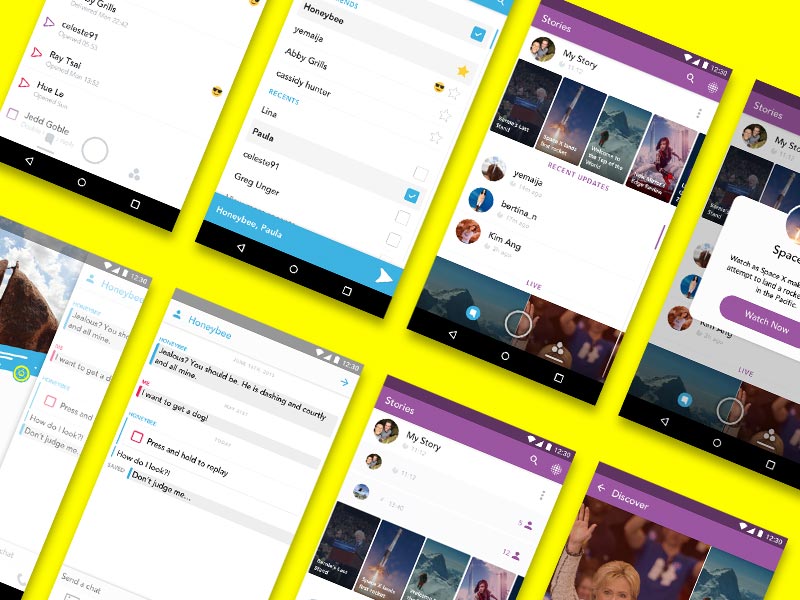 Snapchat’s primary UI is fairly self-explanatory, but on the surface is quite daunting for anyone, and mastering Snapchat, particularly from a marketing perspective, is going to be a challenge. The benefit of showcasing your business through Snapchat over other Social Media platforms is that you can be as personable, accessible, and as colloquial as you like, representing your business in a human light without fear of presenting yourself as too quirky or silly.

It makes sense to begin with a decisive plan, but don’t feel that this has to be too regimented, just get a feel for what’s happening in the business over the coming months. Do you have any events, launches, or even office birthday’s coming up that could provide you with an opportunity to create engaging behind-the-scenes content? Use these as an opportunity to promote your business message whilst also showing off the culture, products, people and customers that make your organisation unique. Consider using your Snapchat story as a narrative, teasing certain bits of information, product launches or events throughout the day to build anticipation and make sure your customers are checking your Snapchat story regularly.

Engaging your audience can be simple in theory but difficult in practice. A daily structure that you might find useful consists of:

Increasing your audience is another equally tough challenge on Snapchat, if only because a follow-for-follow strategy is far more unlikely to work as it is on platforms such as Facebook or Twitter. Once you’ve set up your Snapchat, shout about it. Send out an email newsletter announcing your adoption of the platform, incentivising customers to follow for quality content that they won’t find anywhere else. Write a blog explaining why you’ve taken to Snapchat and the kinds of things people can expect to find there. Post across other social media channels along with your Snapcode, a unique code, similar to a QR code, that is scannable by other users via Snapchat so that they can automatically add you, as well as your Snapchat username (be careful when choosing your username, as you can’t go back and change this at any point).

One of the most painful things about using Snapchat as a business is that the available metrics are incredibly limited, however, all available metrics can be found within the application through the below process:

From this, it is worth identifying the key metrics that apply to your business and tracking these within a regularly updated spreadsheet. The primary issue being that you must do so within 24 hours of each snap, otherwise you’ll lose all the data and won’t be able to measure its performance at all. It is recommended that you keep a record of the below items in order to get a comprehensive report of your daily performance:

As with any ongoing marketing strategy, a lot of what works and what doesn’t with your key audiences can be trial and error. By understanding the snaps that garner the most engagement, most views and highest retention, you have the tools to be able to replicate effective content and boost your numbers.

Once your business increases in popularity there are many other advertising options available. Sponsored Geofilters allow companies and events to produce their own location filters that are available to users across different geographical locations such as towns/cities and even large scale events & conventions.

Sponsored filters are another way of getting your brand in front of people, for a cost. Many Snapchat users come to the platform exclusively to use Snapchat filters, rendered in real time over faces, providing a fun and technologically exciting way to increase brand awareness.

Geofilters or sponsored filters/lenses can cost organisations anywhere between $100,000 and $700,000, with around 1-120 million views, with Snapchatters playing with sponsored filters for an average of 20 seconds at a time.

The Discover platform on Snapchat is a dedicated channel provided to outputting branded content to Snapchat users, and is accessible to any company willing to pay the price. Anybody from regular news outlets to blogs, television networks and sports channels can host their content on the Discover network to ensure that they can boost their views to between 500,000 and 1 million per day. On average, Discover hosting can cost anywhere between $50,000 and $100,000.

Live stories also offer a successful advertising platform for companies looking to put all content relating to their brand, event or project in one place. Live Stories are snap compilations at events and locations all around the world that appear for 24 hours, and allow users to cycle through related content, as well as contribute if they’re in the location of an ongoing story. Live stories cost around $250,000 per day, generating around 10-20 million views.

It’s obvious that these advertising costs aren’t for everyone, but whilst extortionately priced and unattainable by most businesses, the costs are consistently outweighed by the potential returns.

So there you have it. Whilst Snapchat isn’t a comprehensive social media solution, and isn’t for everyone, (including us, but watch this space), it provides a complex platform for you to demonstrate who you are, what your business stands for, and engage your customers in one of the newest, most fun, and most innovative of ways. Start your account and let us know how you get on! Happy snapping! 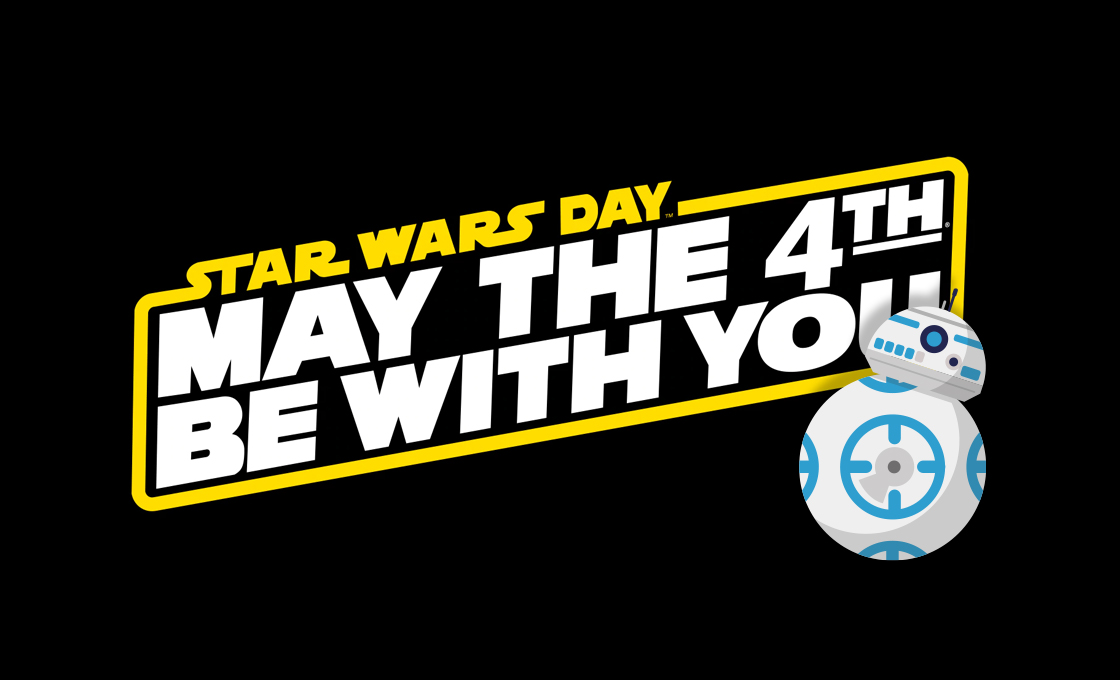 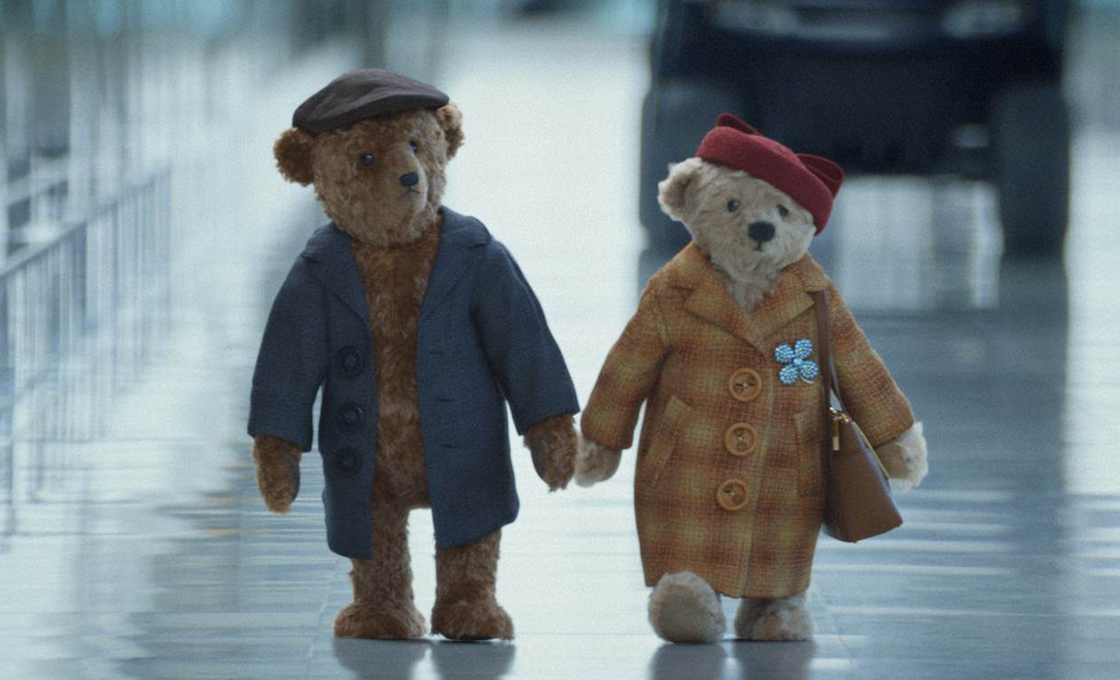 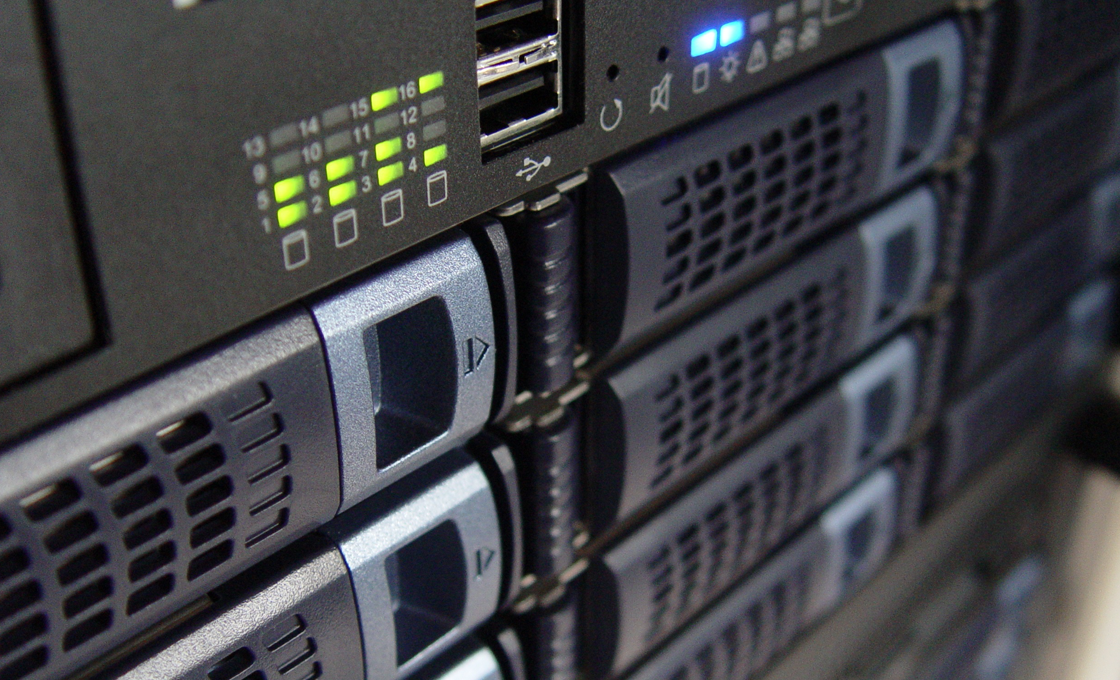