Why Facebook were right to hit F5 and refresh…

Even if you’re not a social media zombie, you’ll have probably recently noticed something different about Facebook. Depending on your area of expertise and eye for detail, you may not have been able to pinpoint just what’s changed… oh the irony of a rebrand.

It’s blue, what else matters?

First things first, as of January 2019, 96% of Facebook users were on smartphone devices. That means 96% of Facebook users are clicking on the Facebook app icon to access the software. This is how I came across the new Facebook logo. The rounded square,(you know, the shape we see for almost every app) has been replaced with a circle. The ‘f’ remains in the same typeface, but the overall shape of the logo has changed. Secondly, you’ll notice the new blue, a brighter, more vibrant tone. Now, as a Chelsea fan, I’ll refer to our kit launch campaign from a few seasons back, where the likes of Demba Ba, David Luiz and Eden Hazard were covered in blue paint, with the slogan ‘It’s blue, what else matters?’ Now I must ask myself, do Chelsea have a point here? The Facebook logo is blue with an ‘f’, what else about it actually matters?

Well, the new blue definitely looks friendlier, fresher and modern and that is all down to the tone. You feel you can trust this new blue, which, after recent data handling issues, is exactly what Facebook needs. This is perhaps an underlying reason as to why Facebook has now opted to refresh. They’ve stepped away from the old Facebook, and not only look different but feel different too. By visually distancing themselves from the ‘old Facebook’ with the data handling issues, you’ll have moved on too. As far as brand refreshes and rebrands go, this reason is a lot better than Mark Zuckerberg fancying something new.

Along with this colour change and new logo, Facebook has also refreshed its app interface, improving the usability and overall appearance. It feels like a modern app now and let’s be honest, it was looking old and dated. It’s fresh with a hint of minimalism. The layout itself hasn’t changed too drastically, but the styling has. 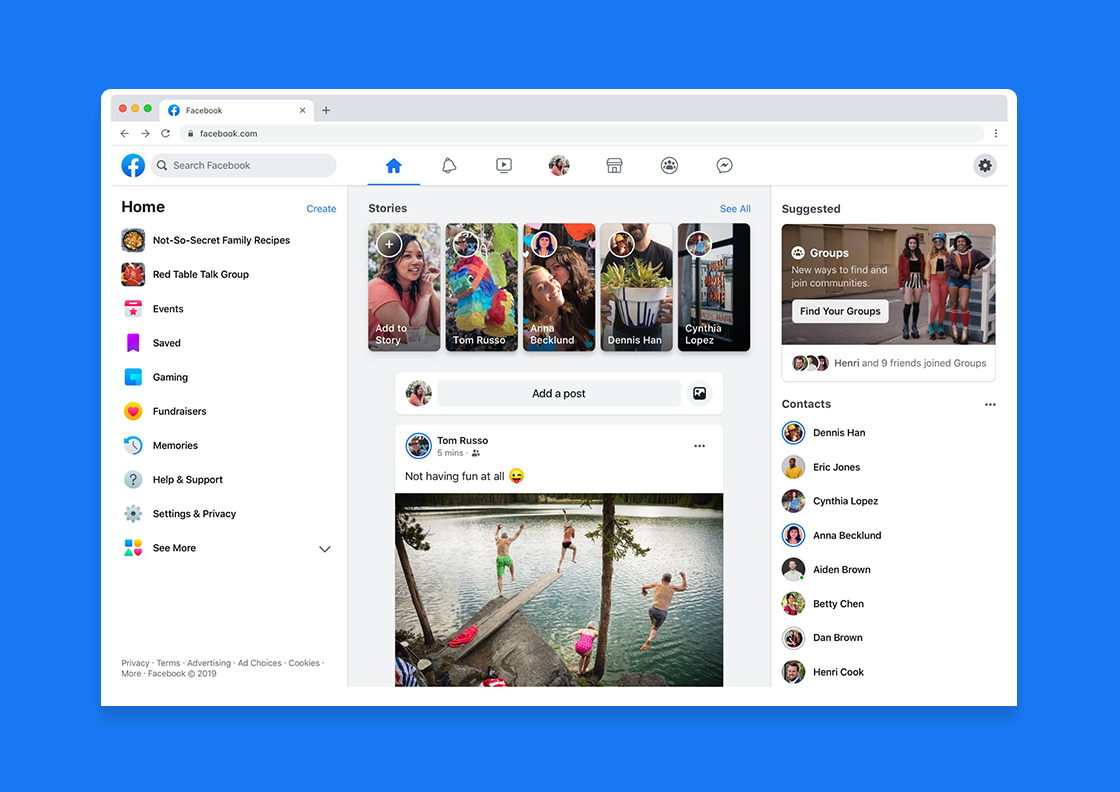 Icons have been simplified and are recognisable, corners have been rounded off and the familiar blue header has gone. Instead, Facebook is looking very white and clean. Speaking of clean, Facebook has cleaned up. Excess buttons and options aren’t showing by default now. Have a look at the image above, we now have a search box-esque ‘Add a post’ feature. Only when a user starts to type will they be presented with all the options you’re used to; tagging friends, adding a location, providing an update on how you’re feeling, you know, all the vital stuff…

That being said, Facebook is now much easier to navigate and this joint brand and app refresh works wonders for the usability. You might well complain at first that ‘things have moved’, but no more than when Tesco rearranged their shelves. Facebook is giving you the most frequently used features on a plate and it is definitely easier to tuck in and find what you’re looking for. I’ve silently been willing Facebook to make changes over the last few years (I know, we designers are an odd bunch) and it is great to see Facebook with a UI at the level a leading global brand and 2.38 billion users deserve. 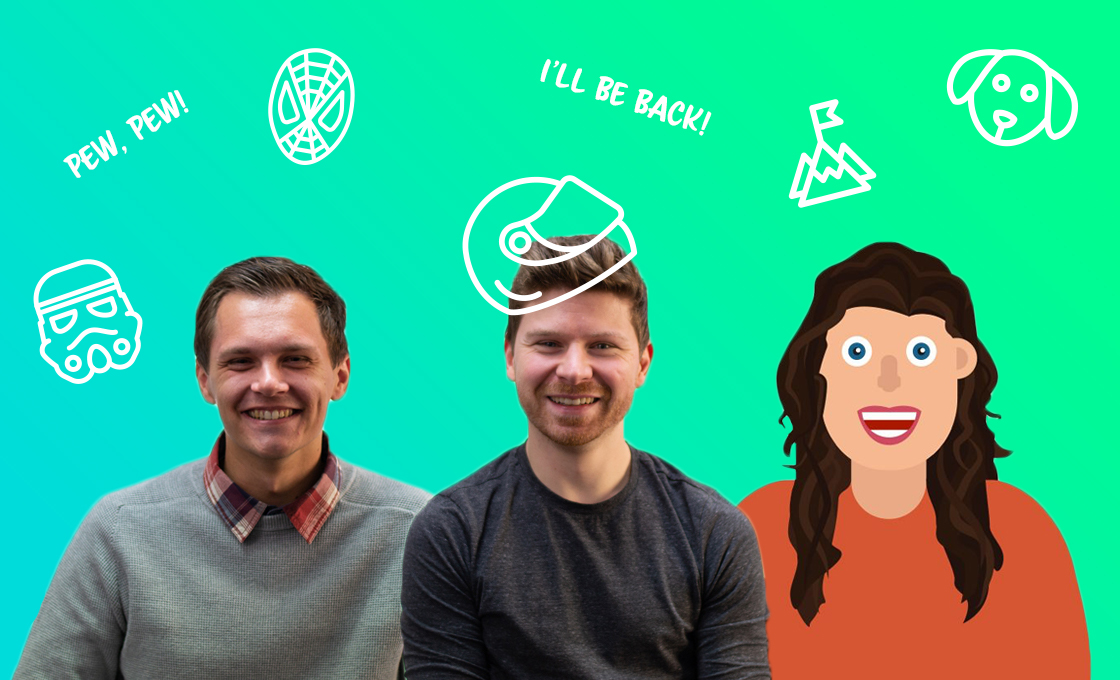 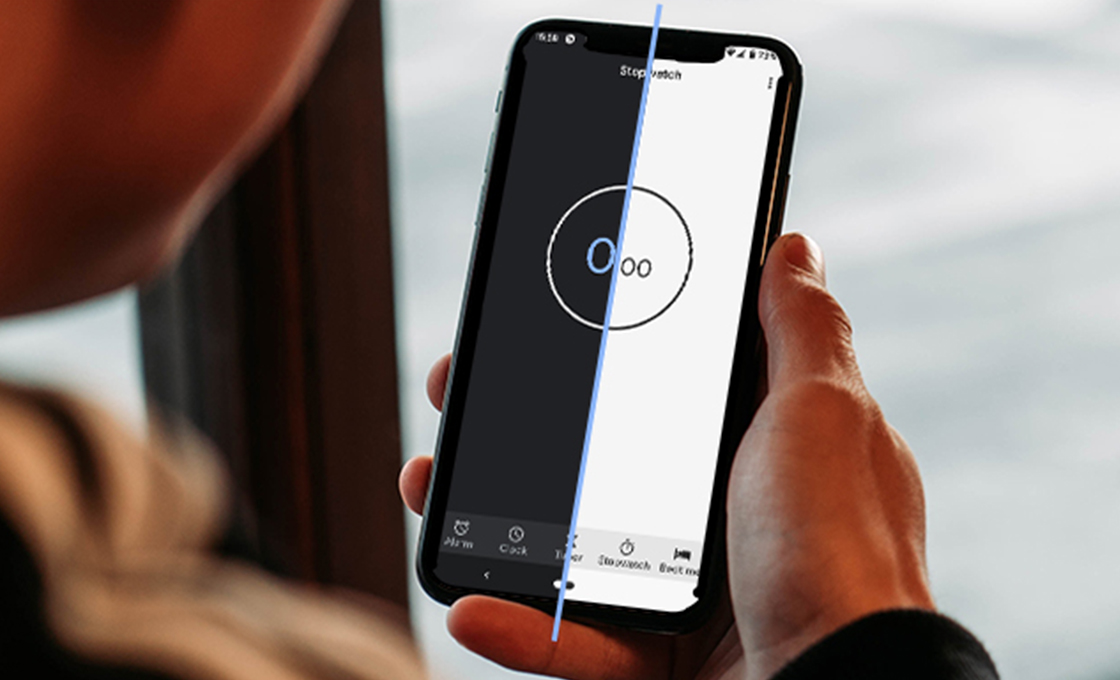 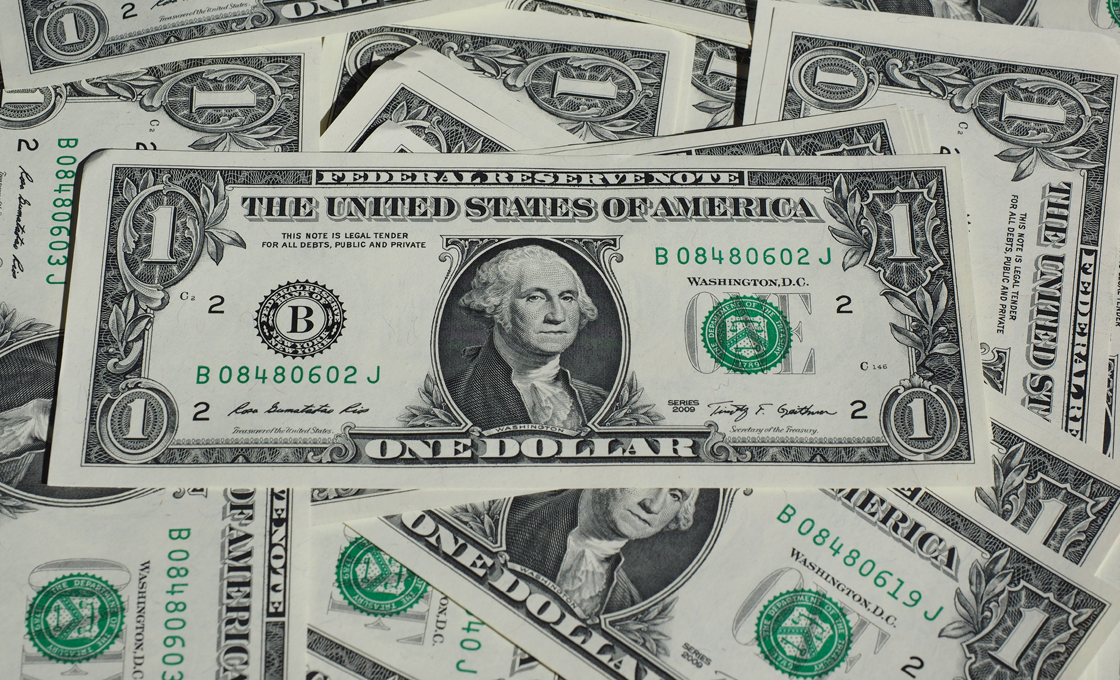